Love to tweak toys and models? Add features and small details? This forum is for you!
Post Reply
23 posts • Page 1 of 1

I started this project nearly 10 years ago when these were pretty new. The idea was to have a Hornet that was not like everyone else's Hornet. Not out-of-the-box versions are what I'm after. I have an F-86F that has been converted to a fighter/bomber variant in SAAF markings, an F-104 Starfighter pictured in a previous post that has some modifications, and an F-14 (next on the bench) being converted to a "D" Bombcat and remarked VF-31. This Hornet started as a two-person attempt to make them "more than the others". My partner in crime was MIG29K who somewhat finished his (look in the archives here for the results) and the results were fantastic. Mine on the other hand was boxed after awhile and left for the future. Well, I finally stopped waiting and started working.

This is what I pulled from storage. The nose cone was cut off, the speed brake cut out, rudders and elevons removed, canopy removed, and the wingtip rails were changed. So I started with the tail...

The speed brake well is completely fabricated and the ram has been added, a little more weathering and adding the hydraulic lines....it's done. 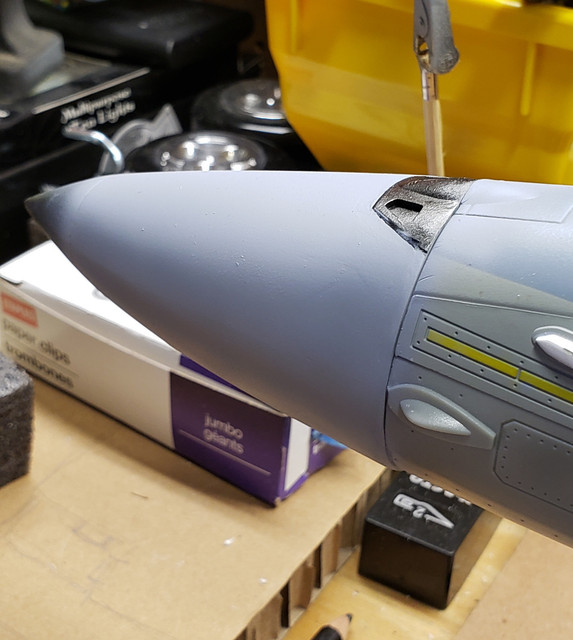 The nose has been re-attached and partially painted.

The rudders and elevons have been hinged and re-attached.

So the saga continues...one of these days (soon I hope) this will be finished and then on to the next challenge!
US Army MP Corps combat veteran Operation Desert Shield/Desert Storm
Top

Nice work!
"There are some people who disagree with me, they are wrong." --Gen George S. Patton
Top

Thank you, sir....been working on this for awhile. Had to clean up the speed brake well a little before adding those hydraulic lines... 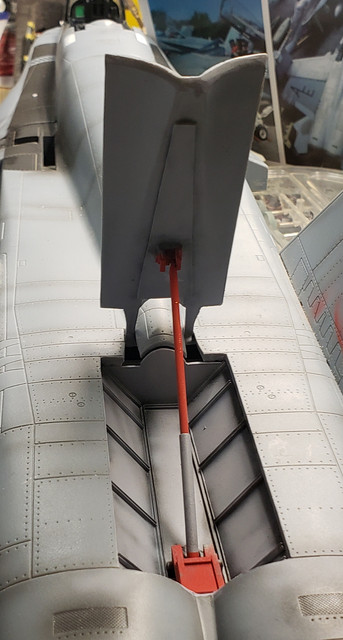 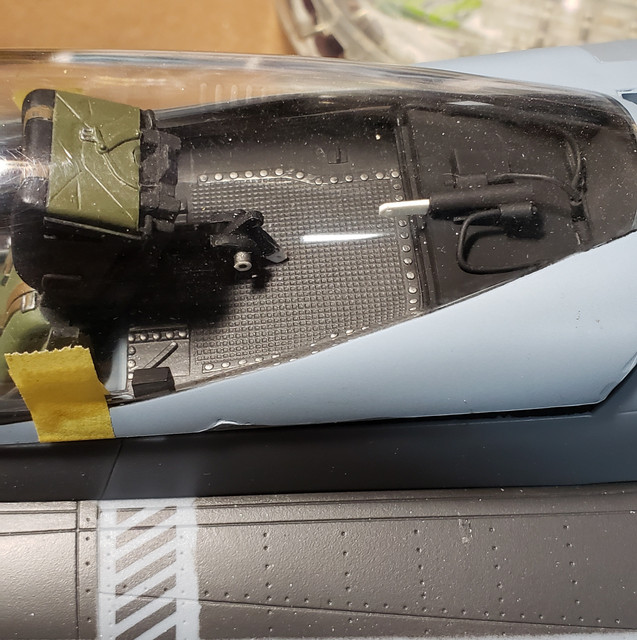 The latest....working on the canopy side rails and actuators that open/close the canopy just behind the seat.
US Army MP Corps combat veteran Operation Desert Shield/Desert Storm
Top 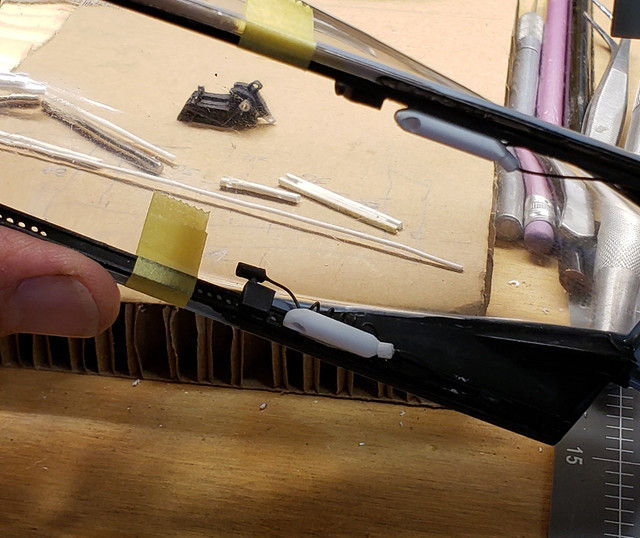 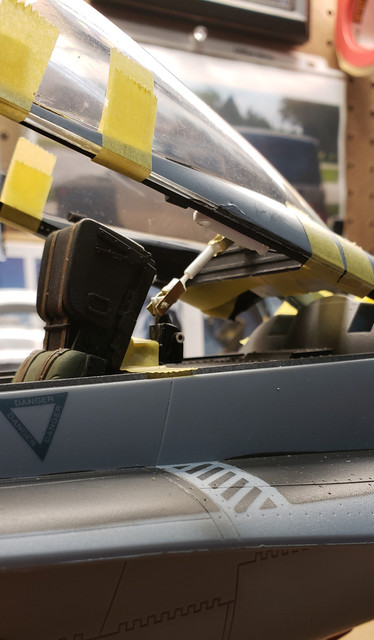 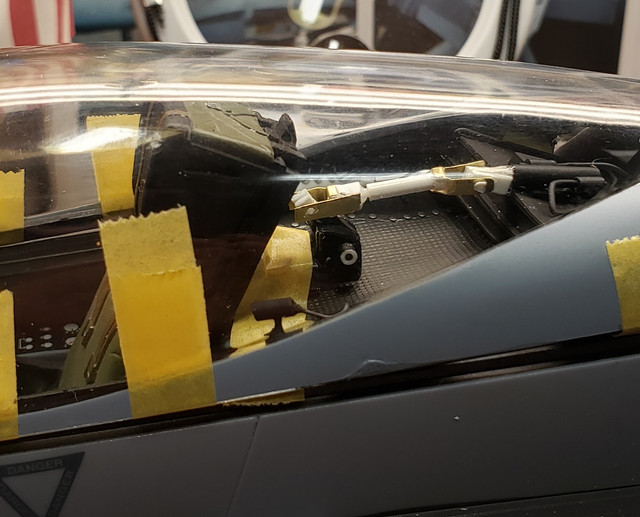 I believe we have a winner! It's rough...but it works...
US Army MP Corps combat veteran Operation Desert Shield/Desert Storm
Top 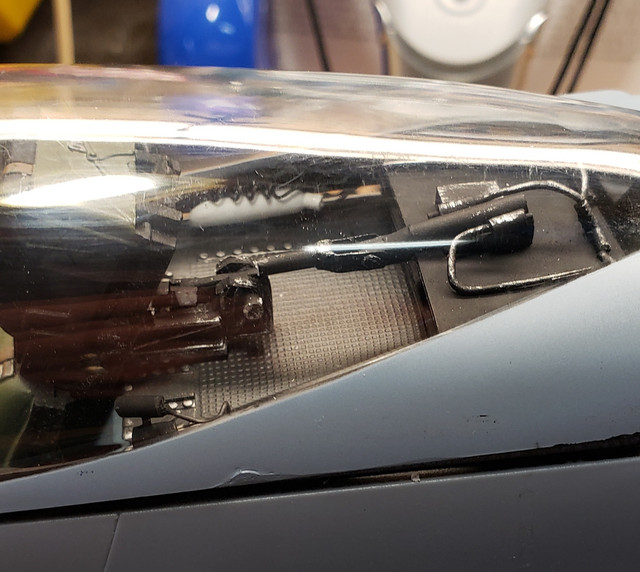 Nice job. It's good to see others than myself, taking on these projects. 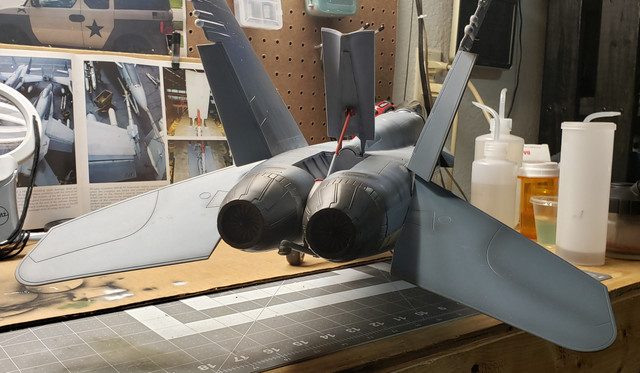 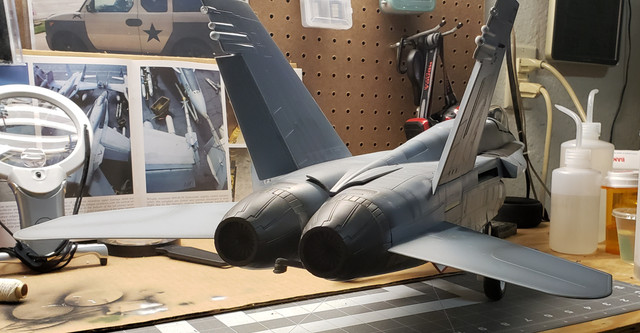 From what I see everything looks good. Like I said, at least your working on your projects unlike others who just "talk" about doing things.
Keep up the great work, the more you do the better you'll get. 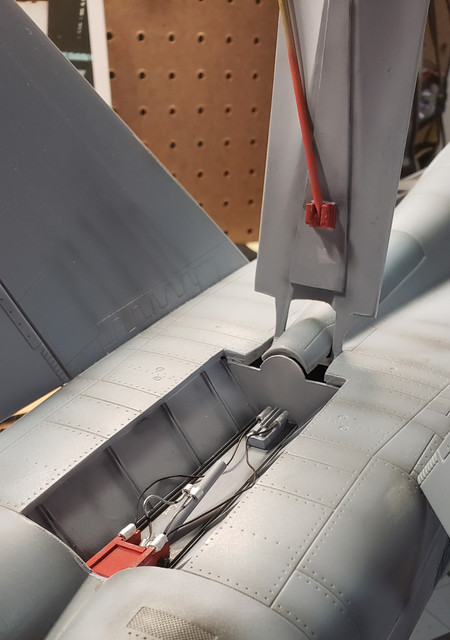 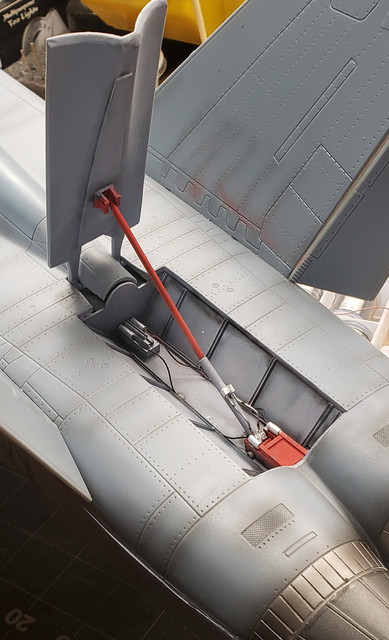 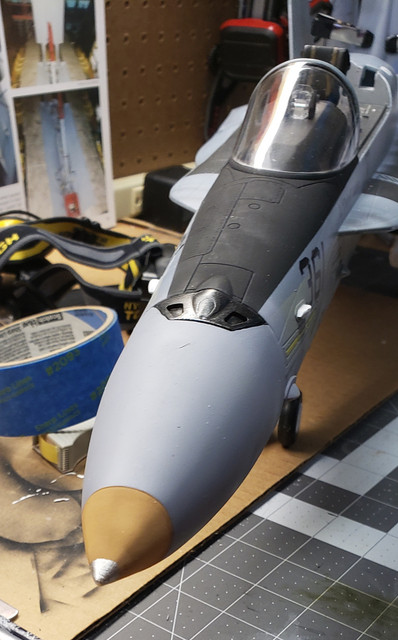 Sounds familiar! I'm probably my biggest critic and one reason why I have such a hard time finishing projects. I'm always finding that one more thing that's just not good enough. What I'm seeing here is some more of your fine work. I'm sure you'll end up with the best looking speed brake anywhere. 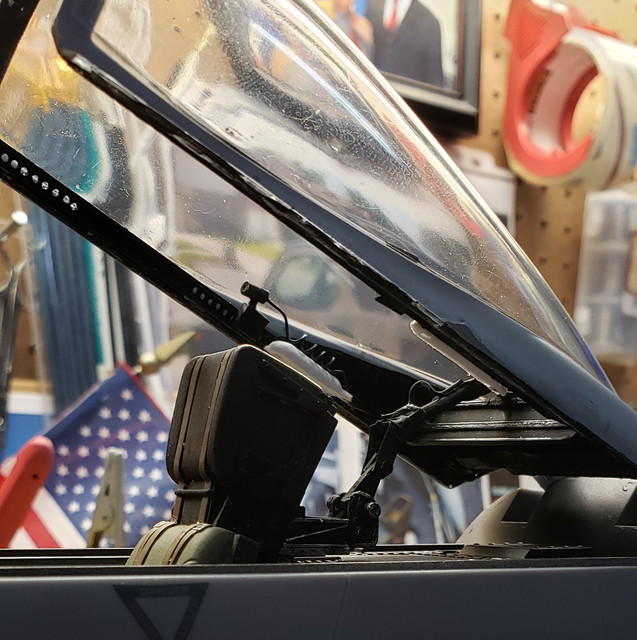 Finally got happy with the canopy actuator and its operation. Had to remove and redo both hinges to make it work properly. 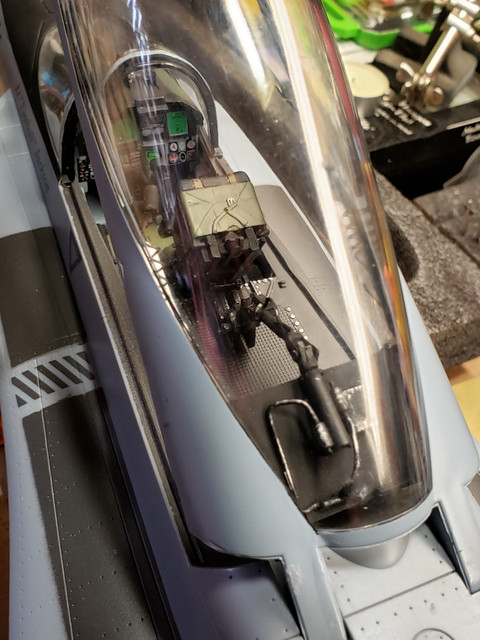 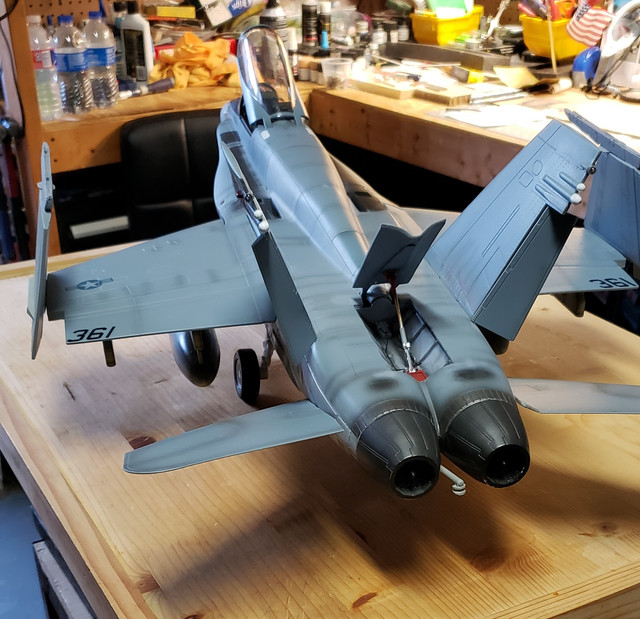 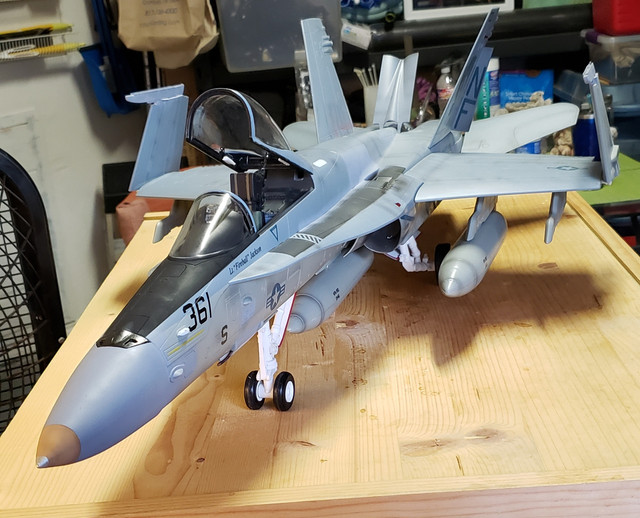 Impressive isn't good enough. I'll have to think of a better term. And it doesn't even have the ordinance yet!