The Loss of Another National Treasure

This is the place to put those reference links, posts on books, movies, photos, and etc.
Post Reply
1 post • Page 1 of 1

The Loss of Another National Treasure

Local Tuskegee Airman Leslie Edwards passed away at the age of 95. 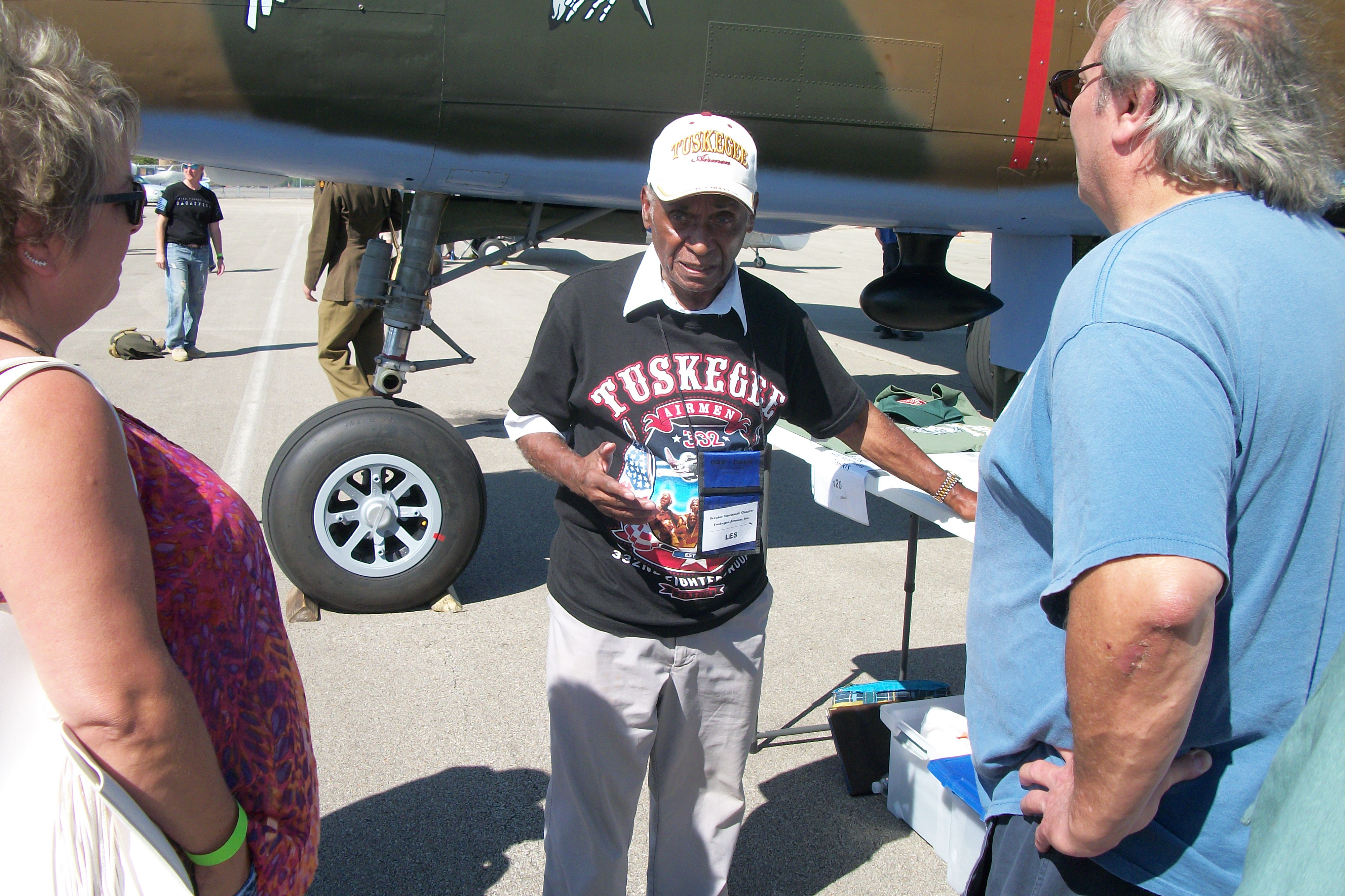 He earned the rank of Master Sergeant and became the Flight Chief of A Flight, 617th Bomb Squadron, 477 bomb Group stateside. His group was preparing to deploy to the Pacific when the war ended. He was a regular at several local events where our B-25 participated.

He would always start story telling and draw a crowd. He was an excellent speaker and a proud patriot. He showed no bitterness. Instead he praised the fact that a man could be a dish washer one day and a few years later be in charge of multiple B-25 maintenance crews.

He was a sought after public speaker at schools. He went to tough inner city schools and often scolded those who didn't take advantage of the hard fought opportunities that he and his generation won for them. He never accepted using the race card as an excuse for not succeeding. He was living proof of what you could do if you worked hard and applied yourself and were willing to make sacrifices to succeed. At the event from the photo, Leslie said several times that he wanted to get one of our T-shirts but he never did. I bought one for him and caught him as he was leaving. He had a huge smile, thanked me and shook my hand. I said it was the least I could do. He will be missed.

My association with the Museum has been about so much more than being around warbirds. The privilege of shaking hands and speaking with these amazing men and hearing their stories first hand while they were still with us on this earth has been the greatest honor and blessing.

Return to “The Reference Room”