More info on the JoyToy 1:18 figures including interchangeability with acid rain and boss fight studios and a parts breakdown.

Hello again ground pounders!
So I've been away from 1:18 for years now, but I still love the scale and still have all of my stuff stored.
While browsing at an online store I frequent, JoyToy caught my eye with these modern 1:18 modern troops. I come from the days of $5 figures so $16 or $30 per figure seems steep but it is pretty slim pickings these days I understand.

But I might bite the bullet if they do a set of modern desert Rangers/Marines to go along with some of my armor.

From the replies on this thread, I assume no one has got any of these but just wanted to check. Although they have almost a little bit of futuristic look to some of them, a few of them look like contemporary gear and look pretty good!

btw glad to see this board is still alive (can’t believe my login still worked!)

Kudos to you guys (moderators and customizers) that are keeping it going! 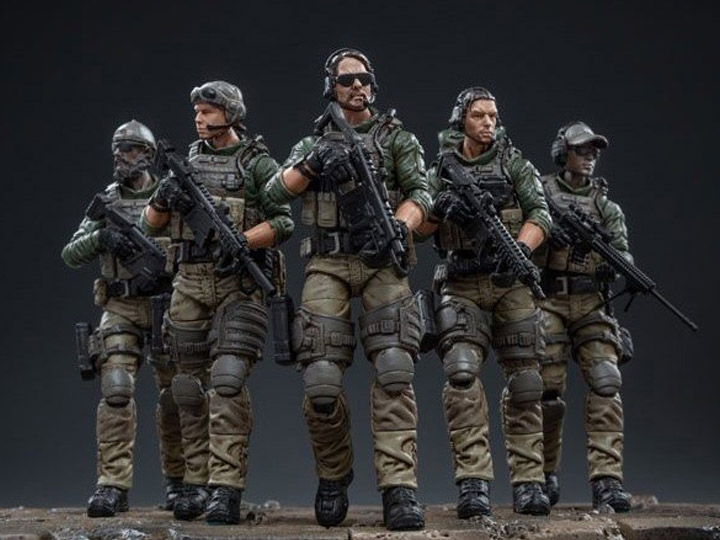 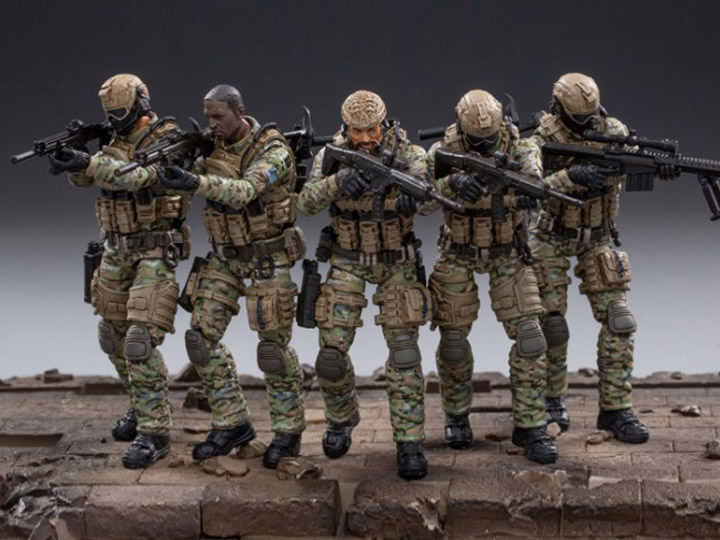 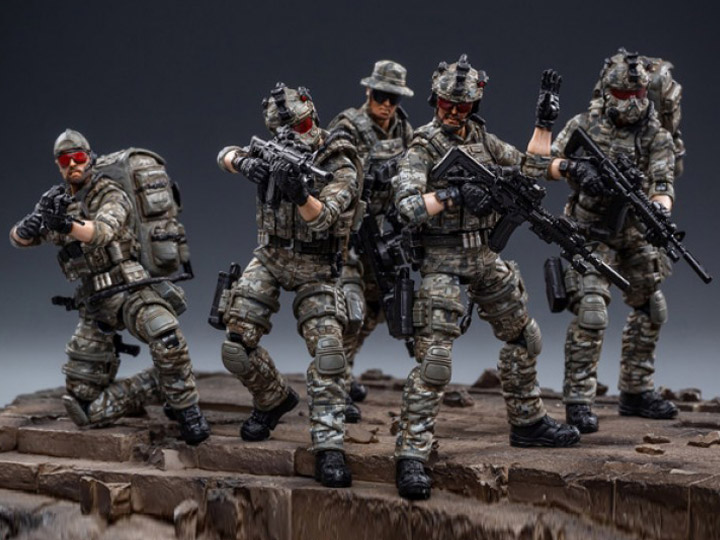 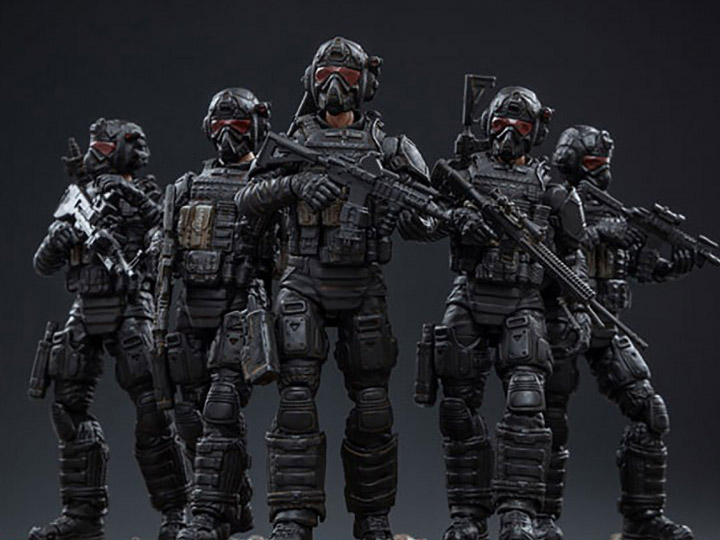 https://www.bigbadtoystore.com/Search?Company=904
It is the dang toy companies that have sometimes made me want to stop collecting toys!!!
Top

Those are great looking figures for a little more than $10 bucks a piece. I would love that company to do an Colonial Marines (Aliens) line. The Market is so starved for anything 1 18 unfortunately.
Top

TOOL wrote:Those are great looking figures for a little more than $10 bucks a piece. I would love that company to do an Colonial Marines (Aliens) line. The Market is so starved for anything 1 18 unfortunately.

The APC looks really nice.
It is the dang toy companies that have sometimes made me want to stop collecting toys!!!
Top

.
These figures look good but I'm still collecting WWII, its to bad the Hiya Toys
Our War WWII weren't better made...they didn't have a long run.
Just happy to see anything 1:18 being produced.
Top

The hobby is definitely more expensive these days, but there are still things out there from model kits and 3D printed parts to fully-built items, so the scale isn’t dead by any means. All that said, I like the look of those Joy Toy figures... They seem pretty fancy and useful for a variety of uses. I’m contemplating getting a set of the Marine figures and using them with the Hiya Aliens APC. The selection of Hiya Colonial Marine figures seems to be few in number and the Joy Toy figures look like they would work well in a futuristic setting

normandy, tmanthegreat, thanks! Nice to see some familiar and long time members!

Yeah I remember seeing the Hiya Toys WWII figures now that you mentioned it, so they didn’t turn out good? That is a bummer.

It is great that people are doing the 3D stuff and custom stuff.
I did see (pickelhaube I think) when he was doing the current for the Firefly/Easy8, I wish I had been around for that!

So tmanthegreat you have the APC? do you have any pics on this forum?
Yeah the USMC team would look sweet with it!
It is the dang toy companies that have sometimes made me want to stop collecting toys!!!
Top

The Joy Toy figures are amazing! They’re really like fancy versions of the GI Joe 25th or 30th Anniversary style figures, save with even better articulation and custom potential. Lots of nice accessories are included with each figure and they can hold their weapons accurately. Limbs and body parts separate easily so equipment can be installed easily or parts swapped. However, like the GI Joe figures, the Joy Toy figures are technically 4” figures and stand a bit tall for 1/18... That made them a bit more difficult to fit realistically into the Hiya Aliens APC. I’ve actually thought about using some BBI figures in the APC now.

The Hiya APC, however, is awesome! Beautifully detailed, especially the interior which has a ton of working features including the light-up screens, consoles, and headlights. I really wish Hiya would release more of their Colonial Marines figures as the first three (Hicks, Hudson, and Quintero) are near-impossible to find at a decent price and the others (Cruz, Bella, Redding) just don’t fill up the APC.

I’ll get some pics of all this up eventually