Fresh out of the paint shop and onto eBay!

It doesn't really match the tank in the photos, so I'm not sure why you included those in the listing.
Top

It's hard to determine what the camouflage scheme is in the photos, and I've seen almost every photo to exist of X7 that I know of. So I based this scheme off of Jagdtigers in similar units in the area as well as other modelers renditions of it. I didn't weather it and the goal was to leave it clean and vibrant.

Here's a Jagdtiger of s.Pz.Jg.Abt. 653. X7 seems to be quite weathered and very dusty. So I assumed it likely had similar schemes.

Here's one in the same unit. And a color photo of a jagdtiger of 512. 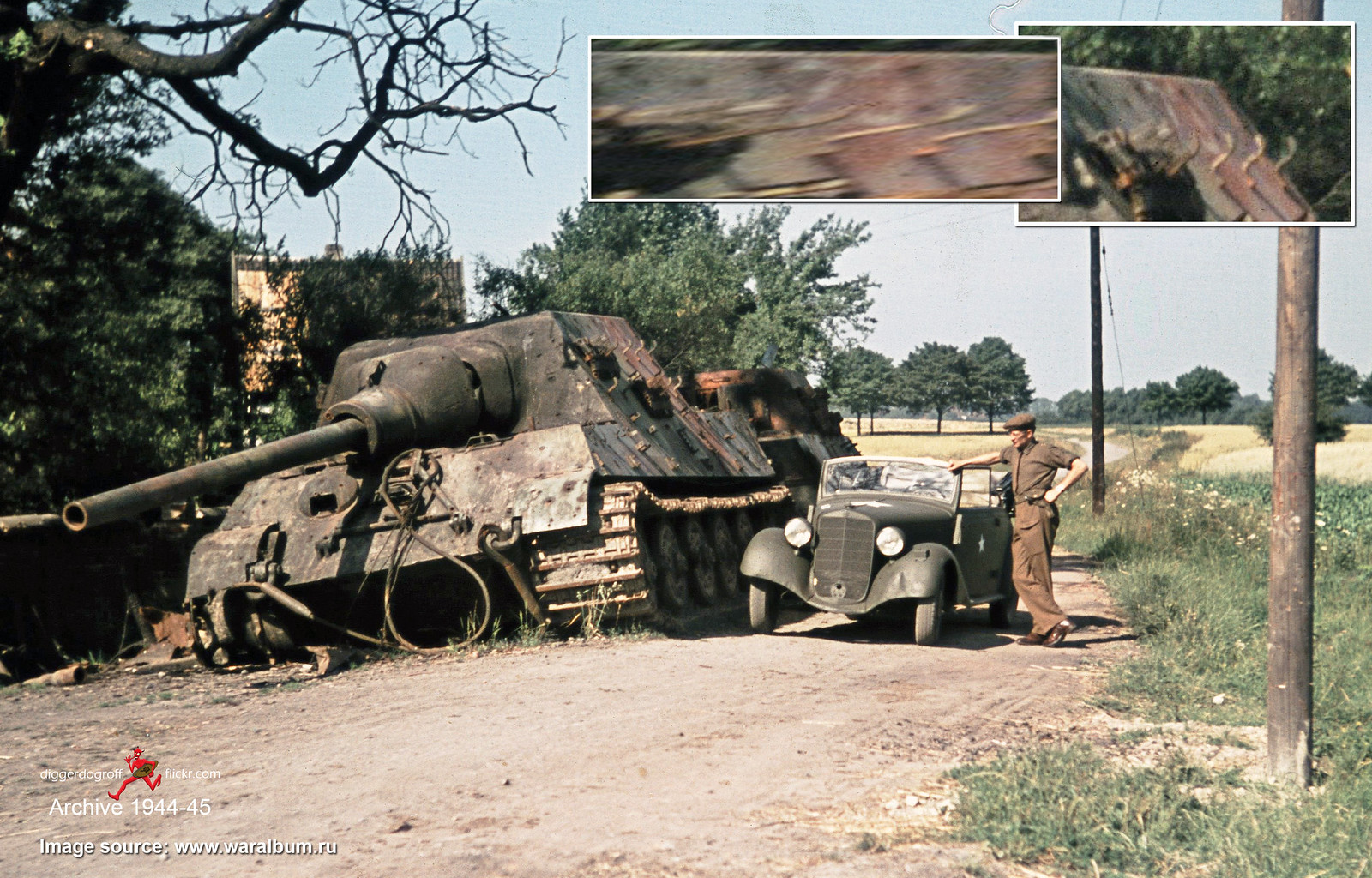 Years ago I read a lengthy article about Jagdtiger X7 and how two black soldiers equipped with a bazooka and a Panzerfaust damaged its wheels which led to X7 being the first Jagdtiger to be captured intact. The article said X7 was so filthy and covered with dirt, it was very difficult to determine the actual camouflage paint scheme (Alex's photos of the real X7 in his ebay listing perhaps shows the exact paint scheme is hard to discern).

I have Dragon's 1/72 Jagdtiger X8 which in theory might have the same paint scheme as X7, but Dragon's tanks are not a reliable source of information in that they made a 1/35 Elefant without zimmerit and similar mistakes with some of their other 1/72 armor models.

Also there is the famous video of several 512 Jagdtigers surrendering at Iserlohn, and one of them is supposed to be X8. Since they are covered with tree branch camouflage, their paint schemes are difficult to see.

The bottom line is I think Alex's Jagdtiger X7 paint scheme is just as credible and realistic as any one else's because it appears no one really knows what the real X7's paint scheme looked like.