FOV rouses itself from slumber...!!!

Your forum dedicated to 1/32nd and smaller plastic and metal figures and vehicles.
Post Reply
56 posts

The FOV FB page is being updated as I write this and includes a release schedule that we may or may not want to believe in...check it out...

https://www.facebook.com/fovhobbies/
C44
...Believe none of what you hear and half of what you see...
Top

I started this as a separate post back in the Spring when it appeared FOV was ready to announce multiple releases at any moment...was I ever wrong! I also anticipated a flurry of happy responses to this rebirth of 1/32...nope! Well, though no release dates are given, it now appears FOV is ready to show us the goods...

I wonder how much of the market they can get back after all this time? Or will they stay a niche market and stay out of the big box stores? 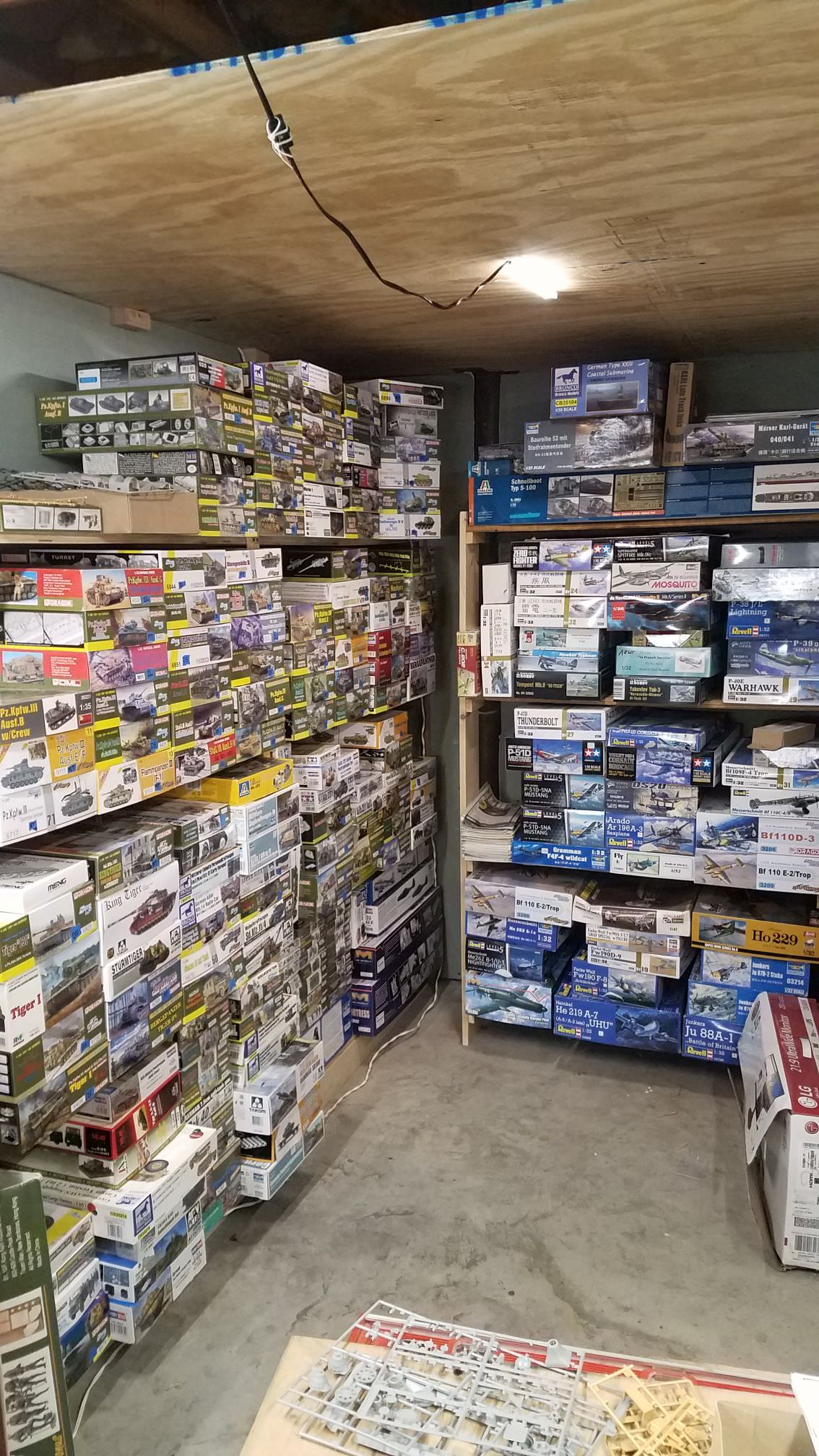 Holy Guacamole, CPL Slade! You got your own private hobby shop!

Oh, don't worry. They're coming out of those boxes at a steady pace. Now that I am done with grad school even more so.
Top

The model and new crew figures look fantastic, and I like the display base as well! I’ve already got a couple FOV 88mm guns, but this will be a nice addition.
"If you fail to plan, you plan to fail."
Top

Looking good. It certainly will be interesting to see who carries them. It would be great if Hobby Lobby did carry them....
Ketelone

Thats a very impressive piece! Seems like they put a lot of effort into this 88, nice detail on the figures and accessories as well.

Looks like they are trying to get this to who ever wants one.
"Given that some of you are from regions where no distributor of FOV is available, please leave us a private message if you are interested in ordering this product."
Top

That Sherman Firefly looks amazing and definitely atones for the lackluster effort on the original variant... I still need to track down their new DAK 88mm gun as well.
"If you fail to plan, you plan to fail."
Top

I was trying to suggest to FOV that they release a repaint of their M26 Pershing as the Pershing that knocked out the Panther in the famous tank duel in front of the cathedral in Cologne. It appears that Facebook is the only way to contact them, but I don't use Facebook.
FOV used to release models based on actual vehicles and appears to be continuing that policy, so the Cologne Pershing would be a great candidate considering its well-known history. There a lot of photos of the Cologne Pershing which show the serial number, etc.
Top

I just received the new FOV German 88mm gun from Flying Mule yesterday... It is very nice! I haven’t opened it yet but the gun itself is identical to the old Unimax FOV model. It has an excellent paint job with professional-looking weathering, like what the FOV models had over 15 years ago. The crew figures are the real highlight and it comes with the full complement of gunners and loaders as well as the range finder and officer. Accessories like the shells held by the loaders, rangefinder and officer’s binoculars, etc. are removable from the figures. In another nice touch, the plastic base makes a diorama base for the perfect way to display the model. If Walterstons FOV keeps up this type of effort on their armored vehicles, we will be in for a treat

FOV's Facebook page has some new pics (and a short teaser video) of the Firefly worth checking out, it looks good! Just hope they get on the shelves before the trade war escalates...!

Were they possibly at the recent toy show in Japan? Apparently there was tons of stuff with the anime schoolgirls, especially having to do with Girls Und Panzers cartoon collectibles.

Thanks for clearing that mystery up, Cpl Slade...I guess I don't get out enough, hadn't heard of Girls Und Panzers...maybe I was better off that way!

Did FOV upload that video for comic relief, or do they have a branded G&P tank coming down the pike? I feel like I'm missing something, I guess time will tell...
C44
...Believe none of what you hear and half of what you see...
Top

Hi,
I think that what you have to remember is that Waltersons is catering to multiple markets across the globe. While the Girls und Panzers does seem strange, it apparently has caught on in Japan, a key market for them. Likewise, while we did a pass on the JGSDF Chinook helicopter, it probably is doing well in Japan, where collectors might prefer a localized scheme over an American one.

It might be odd, but if memory serves the Girls Und Panzer anime thing resulted in a pretty sweet looking 1/12 scale Tiger...
Top

Lightning7000, thanks for shedding further light on their master plan, I hope it does good things for their bottom line...but...

I doubt the Girls und Panzer line will divert much of their attention away from their other lines. For openers, they are big on R/C, so everything you see in the G&P line is also being designed for their standard R/C line. Slap a different logo on the vehicle, change around the packaging, and voila, a standard fare R/C tank to appease the masses.

I tried searching myself and can't find anything. Maybe it was a one-off somebody did to an RC Tiger to put their GuP figures on?
Top

I haven’t opened it yet, but I got the new FOV Sherman Firefly tank from The Flying Mule today... Its a beautiful model that looks on par with the classic FOV vehicles from around 15 years ago 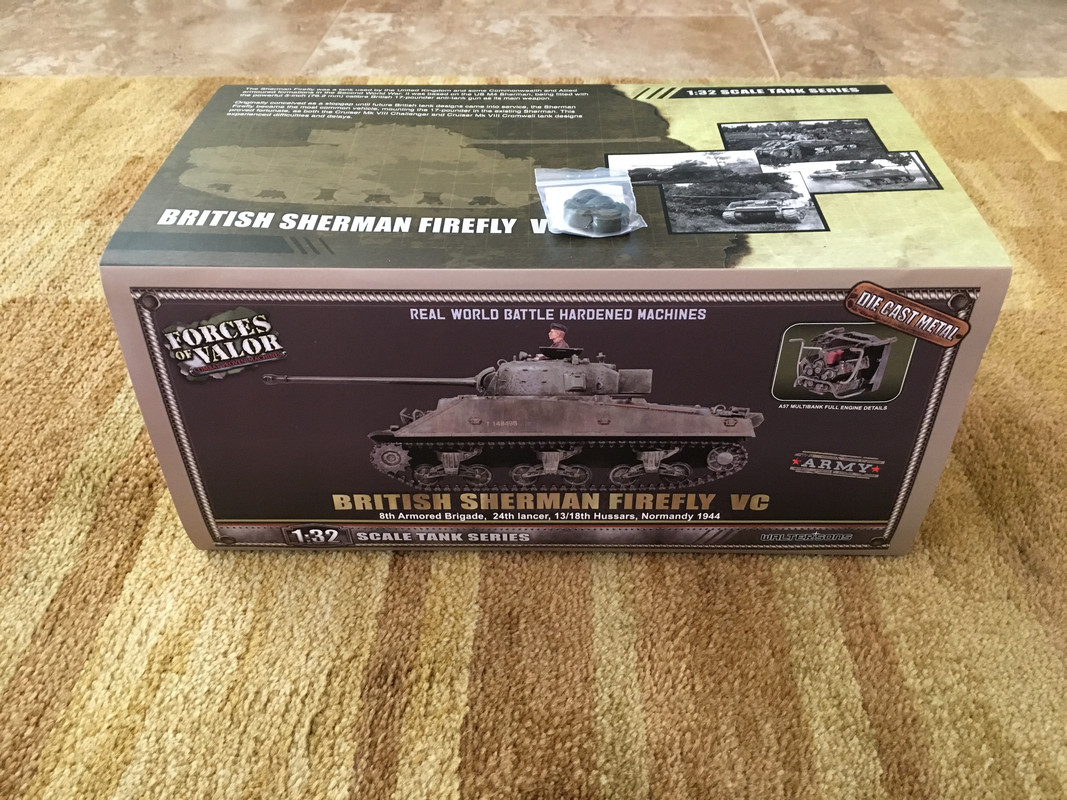 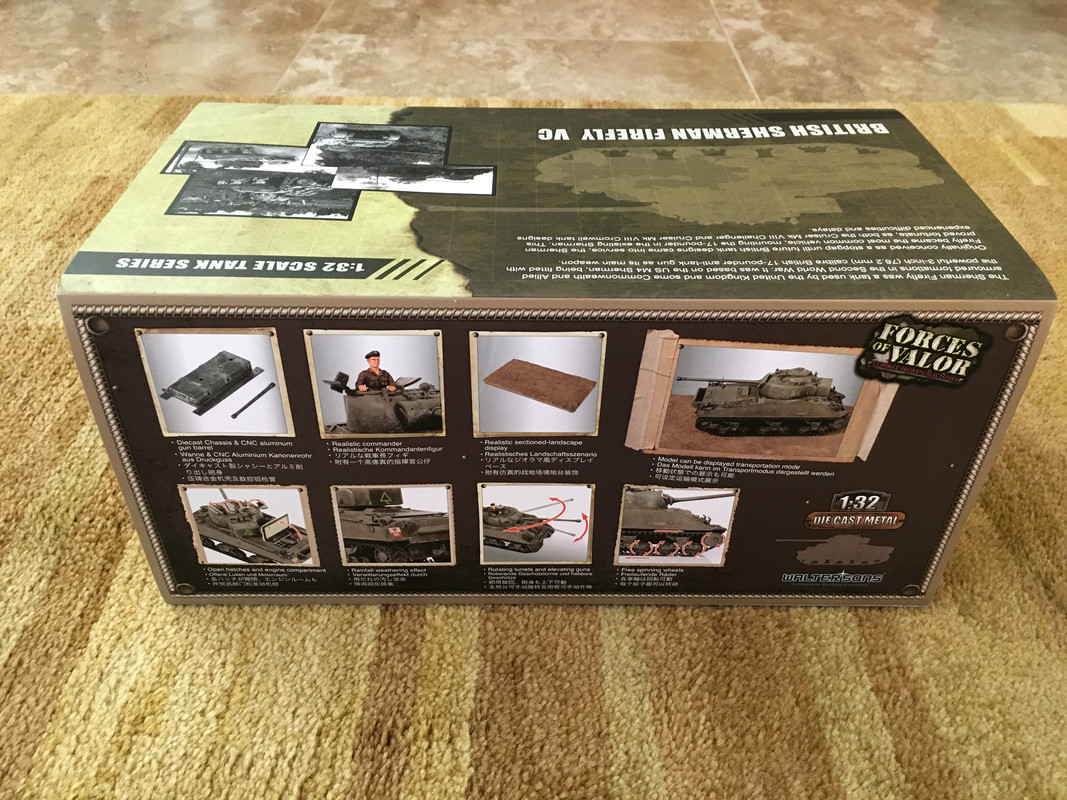 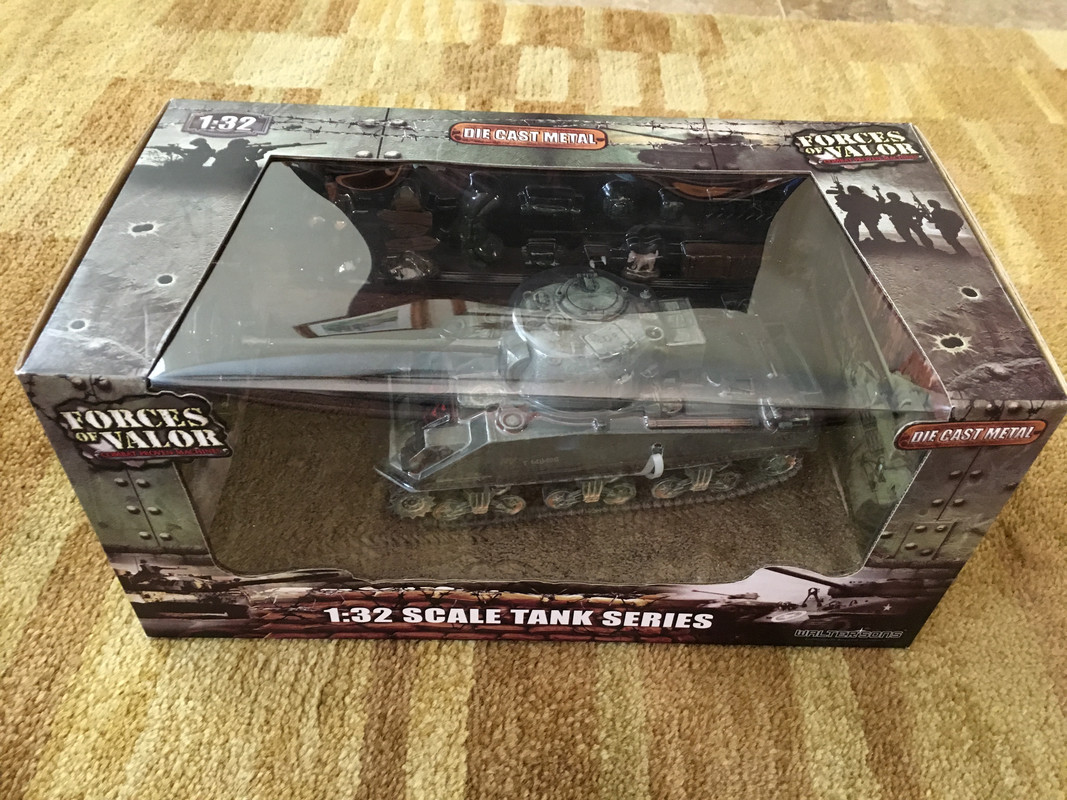 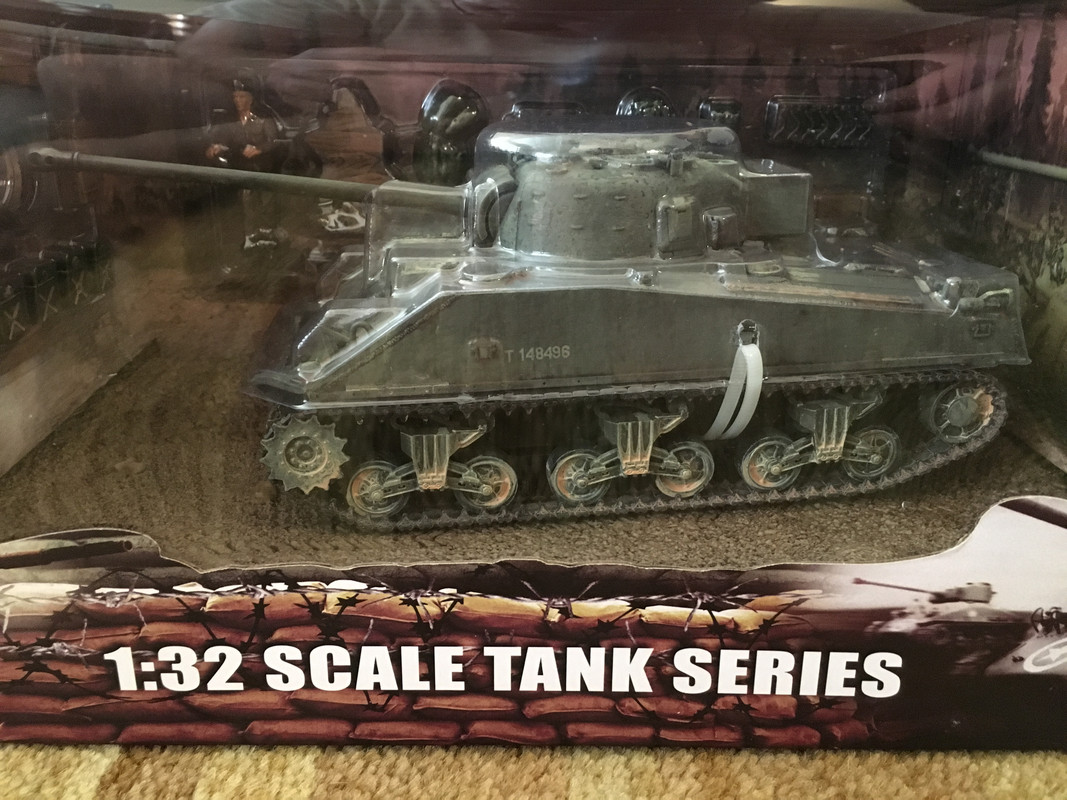