Your forum dedicated to 1/32nd and smaller plastic and metal figures and vehicles.
Post Reply
7 posts • Page 1 of 1

On 12 December 1937, the Imperial Japanese Army Air Force issued a specification to Mitsubishi for a long-range strategic reconnaissance aircraft to replace the Mitsubishi Ki-15. The specification demanded an endurance of six hours and sufficient speed to evade interception by any fighter in existence or development, but otherwise did not constrain the design by a team led by Tomio Kubo 久保富夫 （1931 graduate from Aeronautical Section of the Faculty of Engineering at Tokyo Imperial University) whose aesthetics is densely infused to this elegant aircraft.[1]
The resulting design was a twin-engined, low-winged monoplane with a retractable tailwheel undercarriage. It had a small diameter oval fuselage which accommodated a crew of two, with pilot and observer situated in individual cockpits separated by a large fuel tank. Further fuel tanks were situated in the thin wings both inboard and outboard of the engines, giving a total fuel capacity of 1,490 L (328 imperial gallons). The engines, two Mitsubishi Ha-26, were housed in close fitting cowlings developed by the Aeronautical Research Institute of the Tokyo Imperial University to reduce drag and improve pilot view.[1][2]
This aircraft was first used by the Japanese Army in Manchukuo and China, where seven units were equipped with it, and also at times by the Japanese Imperial Navy in certain reconnaissance missions over the northern coasts of Australia and New Guinea. 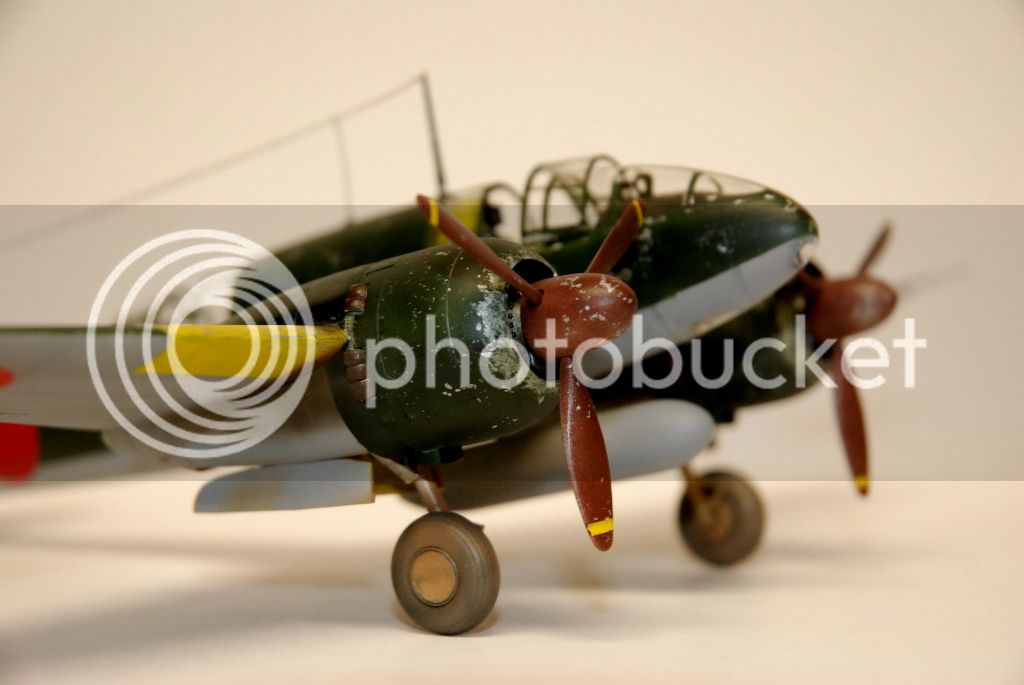 Nice build and the weathering is just about perfect.

Always liked the Dinah. Closest to a pre-built I have is the tiny F-Toys 1:144.

Sure would like one in 1:72 diecast, but it's not likely.

Thanks ketelone & Dauntless.
I'm now looking to build a more colorful scheme and thinking about the Italian Macchi 200. The Tamiya 1/48 version looks quite good to me