A month or so ago there was a post on here with the title a "nice model". It showed an eBay listing of a 1/16th he-219 owl that someone had built and was selling for pickup only out of Canton Ohio. I purchased it and then slowly talked the seller who had no idea what they had into shipping it to me. I had the wings removed for shipping and I now have all the pieces sitting on my workbench. I'll start by saying this thing is big. Probably the biggest realistically I would go in 1/18 scale save maybe a he111.

Yes it is 1/16 scale. The ad on eBay quoted a 1/15 scale plane but after having the seller who bought it at auction and estate sale measure it it comes out to 1/16.7 scale. It is very similar to the size of the FSK or flying styro kits Ju88 that was produced some years ago. FSK also produced the B25 that has been seen on this site.

This plane however is all wood. Very very detailed highly skilled Craftsman work was put into this thing, a very very complicated build. What struck out to me and what made me have to try to get my hands on this was it's age you can tell in the photos that its old by the yellowing and peeled decals. Just how old it is I'm not sure. At the bottom are two cords running to where RC engines were placed in the cowlings at one point and then removed leaving holes at the top of each engine cowling.

What also caught my attention was where it came from in the United States, Canton Ohio. For some reason it has the strangest history of having relics come out of it. I've heard that this is due to having a large German immigrant influx after World War II but I've also heard that it's due to scientist and or generals who had high-level clearance living in the area bringing back trophies from the Third Reich after World War II. Either way strange stuff comes out of Canton Ohio and the sheer chance that this model is an original freaks me out. Germans did build models for evaluations and wind testing but there is very little information.

The strangest part about this model is that the landing gear was made as an afterthought with the base not actually there but just simply painted in Black also there were RC engines in place that are no longer there but no control, all control flaps are wooden with no way to control them. I have spent the last few weeks researching and trying to find any way to find out definitively how old this is have been pretty much in vain the only identifiable mark on the item is on the wheels the rubber wheel reads veco something like that. Which I found is a company who made rc plane wheels in the sixties. My only other thought is to have the wood tested but I don't know how much that costs or even where to have it done at. I know that wood can be tested for dating.

In the end if nothing else I have a 1/16 scale he-219 which is very very well done and all the detail compared to 1/32 scale kits and 1:48 scale kits looks dead on with maybe the exception of very very Minor Details which is who is to say which one is right. I don't know how many of you want something that has a wingspan of 44 inches or who would be willing to pay what it would cost to produce this but if there is enough interest and if Mattew is willing to do the project I am willing to loan her out for molding as I am still very busy although I have been less lately and have been moving forward with the hydro span kits. In fact if he's reading this, Paul your jagdpanther is done and in the box ready to go to your home. More pics to follow of the 219.
Last edited by Jnewboy on Sat Jul 08, 2017 5:00 pm, edited 3 times in total.
http://www.compassion.com/

Yeah I posted that when I seen it on ebay as I thought it was a very well made plane.

Now being made from wood is it possible to dissect it to mold out? Also what are the thoughts of coping someones work, I mean is it taboo to do? Just curious on those two things.

Pictures to get an idea of scale. Remember 21st century pilot figures are about 1/17 so they are perfect. 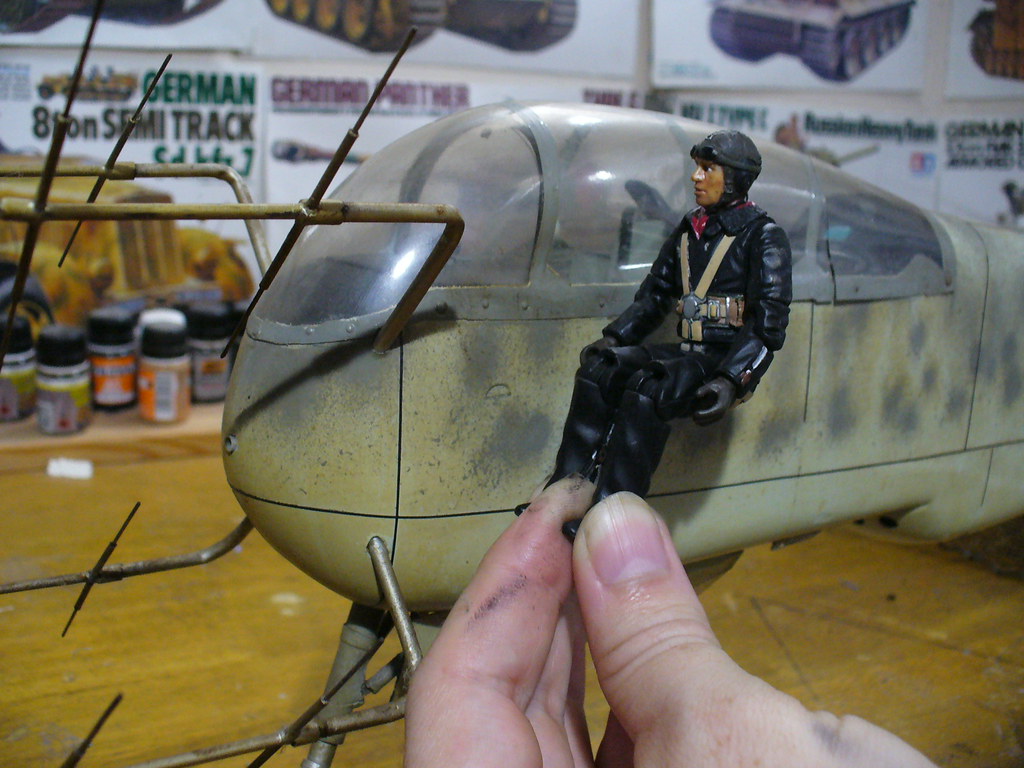 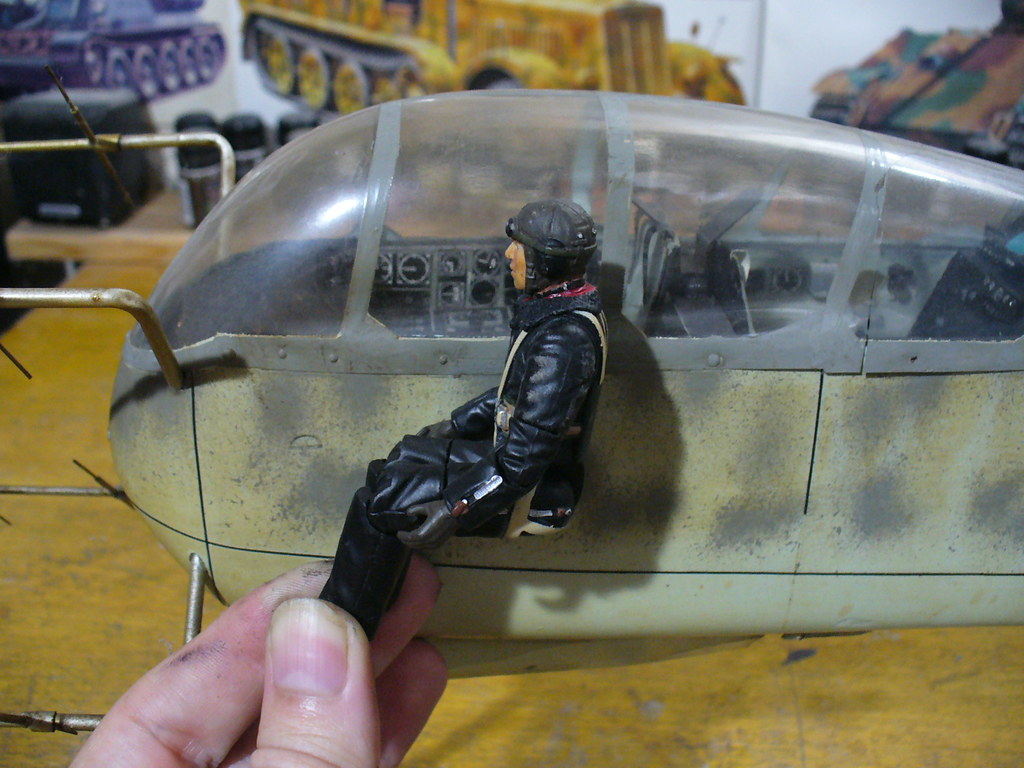 Jnewboy, you need to use another photo sharing application besides Photobucket... We can't see your pics!
"If you fail to plan, you plan to fail."
Top

tmanthegreat wrote:Jnewboy, you need to use another photo sharing application besides Photobucket... We can't see your pics!

Yeah The Bastard's have Stuffed it for Everyone.

Fixed, Photobucket is destroying its business! they want $399 a year now! hahaha!
http://www.compassion.com/

Jnewboy wrote:Fixed, Photobucket is destroying its business! they want $399 a year now! hahaha!

Awesome looking model! They put a lot of detail into that cockpit.

Now that I have this 1/16 version I doubt I will try to make a 1/18 one simply due to the amount of time and money involved. If no one is interested in a 1/16 version I will repaint it and hang it up. The same goes for my FSK Ju-88.
http://www.compassion.com/

You stimulated our interest, wonderful piece... could you show us more pics or just a general view?
As many guys here, I have to move away from photobucket. How is it with flickr?
Top

granch wrote:You stimulated our interest, wonderful piece... could you show us more pics or just a general view?
As many guys here, I have to move away from photobucket. How is it with flickr?

Thanks brother! I would Granch but central members are angry that I have it and/or am talking about it because I owe them the Lippish project still. I will post more on the Owl after the Lippish orders are out and wont be trying to extort it from me.

I'd love a 1/18 or 1/16 He 219! The only issue here is money - at the moment, I don't have the disposable income anymore I used to have, and a well-detailed He 219 would end up being a very expensive piece... And then of course there's the matter of time to build, and space to display such a large model...
Top

In Germany we say:
"If you really want it, you´ll find space in the smallest room."

But I know what you mean. Displaying my B25 and the captured Lightning is space killing