I was looking through my Photobucket and found these.

If only there were more honest people in our hobby.

This truly could have happened.

Last edited by pickelhaube on Fri Mar 22, 2013 5:12 am, edited 6 times in total.
Kirk Douglas : Mine hit the ground first
John Wayne : Mine was taller

Really do not understand the reference to honest people, but the A-10 looks huge.... and I like your pussy.

oh god, Depression returns!
Still withering away from the A-10 Hunger Striker.
Top

Threetoughtrucks wrote:Really do not understand the reference to honest people, but the A-10 looks huge.... and I like your pussy.

I believe he is referring to the dick from Skyworks who took everything related to the A-10 and disappeared it rather than get it done.

Those drawing are at the same time one of the coolest and most depressing things ever.
Top

Threetoughtrucks wrote:Really do not understand the reference to honest people, but the A-10 looks huge.... and I like your pussy.

I believe he is referring to the dick from Skyworks who took everything related to the A-10 and disappeared it rather than get it done.


Yup. That about sums it up.
Kirk Douglas : Mine hit the ground first
John Wayne : Mine was taller

And still could be..............only takes someone to build it and they will come. I still believe someone will do it one day......manufacturer or custom shop kit.

Found these pictures below on another forum of a 1/18 scale A-10 someone had commissioned. Gives a good reference to what its size would be though.

Any guess to the price tag ?
Kirk Douglas : Mine hit the ground first
John Wayne : Mine was taller

Boy, that gets the hunger started again. Would love to see that plane made in 1:18. Heck can we find out who built that one and see if they would build some more?
I appreciate your helper checking out the plans. i miss my black and white cat, he was really cool!
Todd
Top

So how did this all come about? 21st Century Toys gave Dick from skyworks the prototype
to finish up and he screwed them too?
Can't be a good feeling looking over your shoulder every day and wondering when...........Vinny the Fixer
gonna pay you a visit.............
Top

My favorite plane in the world and the mainstay at my first base, RAF Bentwaters
Top 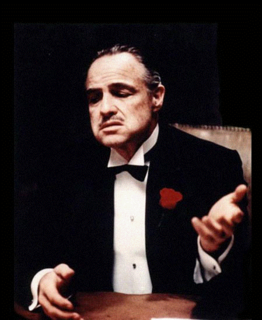 That's a beautiful A-10 model! Pretty much the way I'd have liked a 1:18 version to appear. Based on what they did with the AH-1W, the F-104s, and later releases like the F-86 and ME-262s, 21c had the potential to make something nearly as good as that model pictured.

The gentleman in the picture holding the A-10 is the one who built it. I'm not sure what the price was because from what I was able to gather from the owner's post, they sounded like friends. I did contact the company the man who built it works for since this is their field of work for pricing of a 1/18 A-10 and I was quoted $18,000 which is twice what HPH quoted me a few years back. This would be a model to the same detail level as the one pictured but without all the moving flight controls.

I have the contact information for the gentleman pictured to see if he would do a side job and how much that might be, but I haven't had the opportunity to try and contact him yet.

Still hoping that the A-10 will be done by a manufacturer or someone else at a more affordable price point (considering today's 1/18 market) so that everyone that really wants one can get one.
Go Ugly Early in 1/18!!

Allgo lent out the A-10 prototype with the agreement that Jack (dick) from skyworks would be allowed to finish the prototype and "update" the old style tooling with more detail. Jack would then be allowed to copy the patterns and then produce his own offering- Allgo would receive the finished prototype back from JAck and reserve the right at any time to produce a final production version in china. Allgo's thinking at the time was that based on excitement, feedback, price point and overall initial success achieved by Skyworks- Allgo would then feel more comfortable pressing forward.

I knew that once the prototype was out of the hands of Allgo / 21C it stood a good chance of never returning. I actually felt very differently about the plan and on many occasion I advised that the prototype come to me to paint up as the paint master, then go right to production. Having personally inspected the prototype back in 2006, I felt that the pattern was impressive as is and while more detail is always nice, I felt it was good to go. I even argued that the cost would be lower by not over-complicating the design. It was still superior in it's detail to the F-16 and F-18's by BBi. It was rugged like them as well... I felt that the market was ready and willing to pay 250-300 for the finished product. (This was just as the F-14's were hitting).

Eventually the A-10 went to Jack as part of Plan A. The only difference was that Jim kindly agreed that the finished prototype would go from Jack to me so that I could paint the paint master up and begin the plan to prepare for mass production.

well the house of cards came tumbling down on Skyworks and eventually everyone got to see first hand what a crook he actually was. broken promises, unshipped product, stolen money, insults, screwing his own employees... It all came down. The A-10 was only one chapter in the crap novel that was Skyworks.

Jim realized the A-10 was doomed. Jim passed the legal rights to me to collect and retain the A-10 from Jack-A$$. I spoke to my own legal council and did all that I could to legally resume possession. -all to no avail- The old saying "possession is 9/10ths of the law" is not just a saying. Unfortunately as long as it's on his personal property, and without incurring 6k in legal fees to obtain a search and seizure warrant- It's lost. Even then, Jack would have the heads up and I know he would destroy the plane before I recovered it. So I would pay 6K for a pile of busted parts. Damaged beyond any use- This is the Jack way of thinking. (I've been told by one of his employees that he actually always carried a sidearm around the house and answered his own front door that way- just because he pisses that many people off and to such a degree).

NOW had I been successful in all my early attempts to recover the A-10... My plan was to in turn supply the prototype to Pickel. HE and I talked about doing this. My intention was to allow him to have the very same opportunity as Jack only this time the trust would have been properly placed. All I ever wanted was to see the A-10 offered in 1:18 in some form- Ultimately in mass production plastic! Now- I am certain the A-10 sits with Jack as part of his personal collection. I've been told that Jack has roughly a dozen F-14's that are personal property of others who trusted him to custom paint them and never made good. HE has robbed, lied to, and laughed at many of us. For anyone who ever wanted to see that A-10 produced, he has taken that from all of us. Hopefully what goes around comes around and one day he will personally witness the full measure of his actions.
Top

Plus we'd have gotten a kitten.
http://www.JediDefender.com Bringing Balance to the Force
http://www.FFURG.com The Ultimate Customizing Resource.
Now Hasbro, make us some Head Sculpt & Endor Uniform variations! The new Rebel Fleet Trooper gets the JJ Seal of Approval Though!
Top

Sorry to hear the story went into such a bad end

Because of Jack,the only A-10 available is the PTE and GI Joe Cobra rattler.
Top

That sidearm may stop one man, but not a Mob, I say we introduce Louisville to his knees and give the A-10 its proper resting place... in Pickle's hands.
Still withering away from the A-10 Hunger Striker.
Top

So screw Jack Meoff. How much would it take to start over?
Top

Jolly Roger wrote:That sidearm may stop one man, but not a Mob, I say we introduce Louisville to his knees and give the A-10 its proper resting place... in Pickle's hands.

I 2nd that!
Grab your torches and pitchforks!

A helicopter does not want to fly, it just vibrates so much that the ground rejects it
Top

I can only daydream about the /b/tards at 4Chan getting a go at Jack Plonka. They would tear his life to absolute pieces.

Would be glorious. Sigh...

(Translation for you old geezers):

Group of younger folks, well-versed in computer technology and information gathering, who like to hang out in the darker end of the interwebs, who could make his life an absolute, living hell.
Top
Post Reply
156 posts