I WANT TO TALK ABOUT WHAT I THINK IS A LOST 21st Century Toys PROTOTYPE ...

since i discovered the 1/18 scale with a BBI mustang i began a large collection of mustang in any scale.

The larger one are my favorite and i hold until recently 3 x 1/18 mustang : 2 from BBI and one from 21st century toys.

The fisrt one one the BBI KILLER followed by the OLD CROW. When in 2007 or 2008 21 st century elected to sell a Mustang i was excited because it seems to be a different moedel of P51D !

Let me explain : after seeing this picture :

I thought the model would have been different ? what difference ?

The proppeler ! because the BBI was equipped with this proppeler : 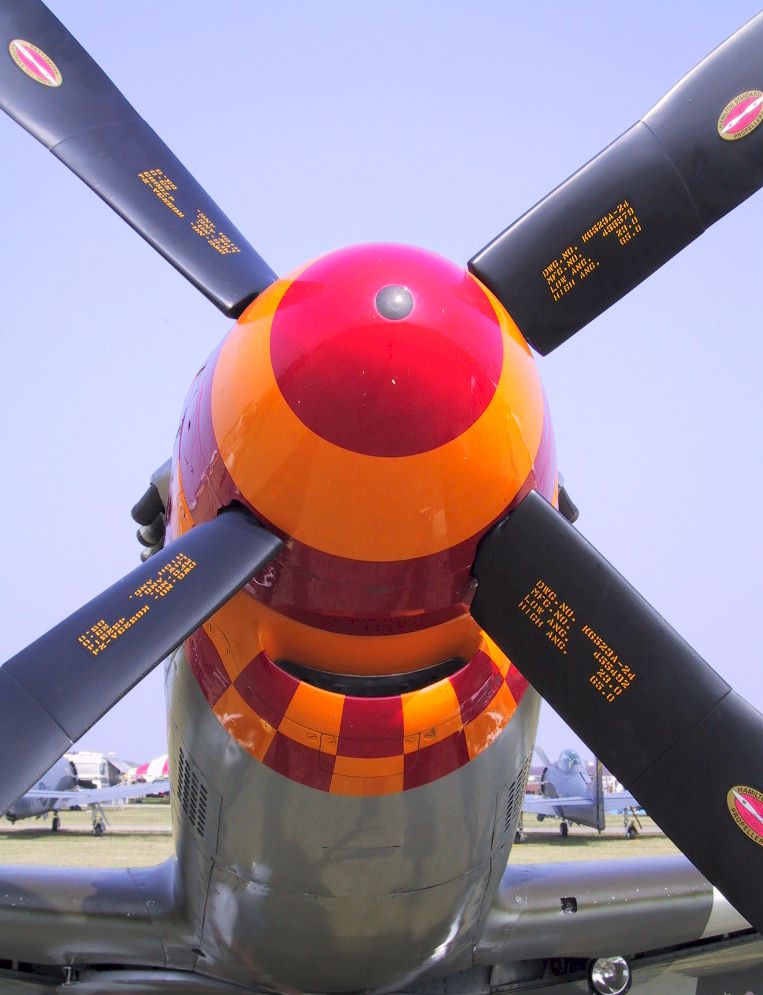 but some mustang were equipped with this :

So i thought that the 21 st cenury would be a nice addition to my collection but for some strange reason it came to the same prop ?

If some remember a few weeks ago i requested some help to buy on EBAY in the US (the seller was selling only in the US some prottypes and leftover from the old 21st century toys factory : http://www.warbird-photos.com/gpxd/view ... =1&t=28295 )

Thanks to PICKEL (what a great guy!) i was able to buy and grab a most unique mustang from 21 st century toys : a "BIG BEAUTIFUL DOLLS" prototype with a strange prop !

here is the regular model above the "prototype" :

i wanted to buy the mustang from Marshall 1146 (his ebay name ... this seller appears to have found some discounted items )

There were three different props used on the Bubble top P-51D/K series. The common cuffed blades were Hamilton Standards.

When Dallas ramped up Mustang production for the D model, Hamilton Standard could not keep up so an Aeroproducts prop without the cuffs that tapered to a rounded tip was used and thus the P-51D became the P-51K due to the different prop.

Confusing? Some, but not all that important unless you're splitting hairs.

as you can see the prop is different (the model is not finished the paint is not complete and i miss the air intake scoop....)

Can anyone tell me if you have this model of proppeler ? or if this is really a most unique one !
1/18 mirage 2000 & RAFALE should i say more ?
Top

here is the missing part : 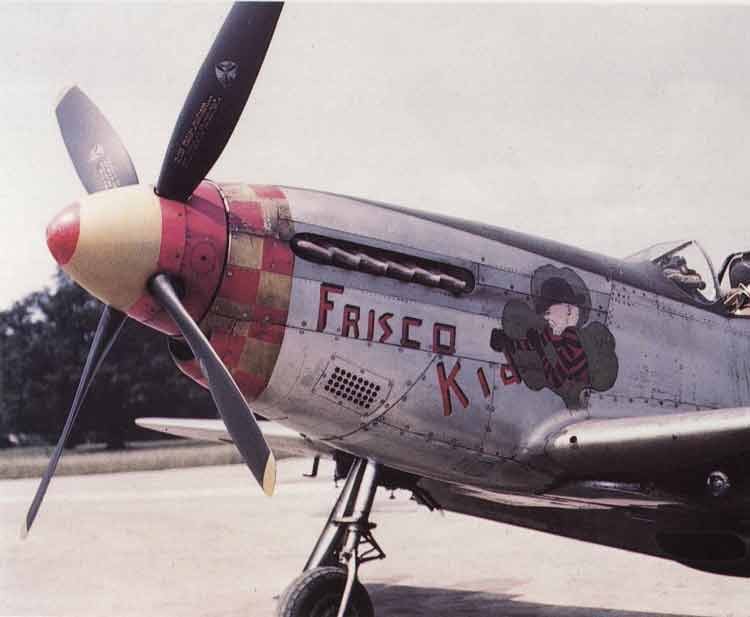 Sense this makes not. You took a pic of a "missing" part?
Top

yes in fact i miss the part 7 on this diagram

That's why i posted the picture of this almost complete prototype

When Dallas ramped up Mustang production for the D model, Hamilton Standard could not keep up so an Aeroproducts prop without the cuffs that tapered to a rounded tip was used and thus the P-51D became the P-51K due to the different prop.

Confusing? Some, but not all that important unless you're splitting hairs.

I am not splitting hair !

I just want to know if this model with aeroproduct prop is most unique for a P-51 1/18 scale !

For some reason I always thought the P51K looked better than a D ! even though it's the same airplane the nose seems leaner and pointier !

The main thing is that back in the days when 21st CT went for the mustang and showed pictures of the "petie 2nd" prototype, I was happy to have a slightly different model (because of space display restriction ! but in the end i finally bought it with the Hamilton prop ...)

Now i am looking for a B model with the malcolm hood !

this is the only missing part of this most unique prototype :

concerning the propeler it's exactly this :

I seem to recall that 21C initially did in fact receive a couple early production samples with the props like the one in the photos.
I remember Roy showing me the prototypes and explaining that the Props were going to be the gloved D version prop that we typically see and currently have. It was a couple weeks later that we were then at Toyfair in NY and we saw the first Production pieces in the Flying Undertaker scheme. The props were all flared backwards and it looked funny to me and Roy so Roy had them retool the gloved props again and by S3 or S4 it finally was corrected.

So in short, it does appear that you have a prototype Mustang. Very cool find.
Top

Looking more closely at it, I am now certain that it is one of maybe 3-4 prototypes that were made up that way. China usually sent 3-4 samples when there was a new tooling pattern. Not knowing where the other 2-3 may be or if they were destroyed or discarded, and knowing that they were not supposed to be sold makes it a rare piece for sure.
Top

YEEEEEPPPPPPEEEEEE ! i was sure it was a special one ! thanx TKO for this update !

I was so excited when I saw the ebay auction and since i was unable to buy this from FRANCE (i don't know why but EBAY block some deals outside the us ?????) pickelhaube as done the auctionning and shipping for me ! 65US $ i think the guy who found the stock never knew the difference between this model and the other he was selling (with backward bent prop !)

I really want to thank PICKEL again for his great support !

It's collecting as its best ! the tracking was as much fun as the result in my lounge !

Sellers can block locations/countries when they set up an auction.

I always block most of Africa, South America and Asia when I list items. Had bad luck with shipping stuff to those areas.
Top

Congratulations, on your finding one of the rarest P-51's!!
Pickelhaube is one of the most talented artist / craftsman and all around
good guys on this site!
Enjoy your P-51, its nice looking as well as rare.
Top

Congrats SSFF! I guess this just shows that there are still some gems out there. And on top of that and even less believable that you can find said gems for a reasonable price on ebay of all things.
Top

Glad that you were able to pick this up.

And well done PH to help out an international collector get something he couldn't even bid on.

Congrats on your score

This eBay Marshall guy has close ties to 21c, so you should save this seller to your eBay favorite sellers list. They list rare stuff like this mustang sample once in a while, which is right up your alley

What ph has done is one good example of how cool some of the guys here are that makes this a great forum
"Be Water, My Friend..."

great fine thank for sharing...u got to be mustang buff to lol....were my pt boat lol
whats up doc....
Top
Post Reply
47 posts